Gordon R. Muir, a partner with the law firm of Hawkins Folsom & Muir in Reno, has been traveling internationally to study and teach courses on freedom of religion, freedom of speech, trial advocacy, citizenship, ethics, democracy, and the rule of law in a free society to law students at various law schools throughout the world, including Warsaw, Poland; Brno, Czech Republic; and Mandalay, Myanmar.

The arrangements for these courses were facilitated by Dennis Campbell and the Center for International Legal Studies (CILS), a nonprofit legal research, training, and teaching institute, established and operating as a public interest society under Austrian law. CILS’s international headquarters has been in Salzburg, Austria since 1976. Its essential purpose is to promote and disseminate knowledge among members of the international legal community.

In preparation for his assignment to teach in Brno, Czech Republic, Mr. Muir studied in Salzburg, Austria where he attended various courses, including one on Comparative Eastern European Legal Systems taught by Dr. Michael Geistlinger, University of Salzburg.

Gordon R. Muir, a partner with the firm of Hawkins Folsom & Muir recently returned from Ukraine where he taught part of a course on trial advocacy, citizenship, ethics, democracy, and the rule of law in a free society to students at the National University Yaroslov Law Academy, Karazin University, and Internal Affairs University in Kharkiv, Ukraine; and at Shevchenko University, Internal Affairs Police Academy, European University, and Kyiv-Mohyla Academy in Kyiv, Ukraine. The course was co-sponsored by The Leavitt Institute and the U.S. Agency for International Development.

Gordon R. Muir had a wonderful experience presenting successful oral arguments to all seven Nevada Supreme Court justices, as well as to juniors and seniors at Reno High School, in the case of In the Matter of the Estate of Bethurem, deceased; Caraveo v. Perez, et al., 129 Nev.Adv.Op. 92, 313 P.3d 237 (2013) – now a seminal case on the burden of proof in undue influence cases. Holding oral argument in the gymnasium at Reno High School gave students a chance to understand the Nevada Supreme Court’s role as Nevada’s highest court of law in the Nevada judicial system, and also gave them the opportunity to view and better understand the work and responsibility of attorneys in our judicial system. 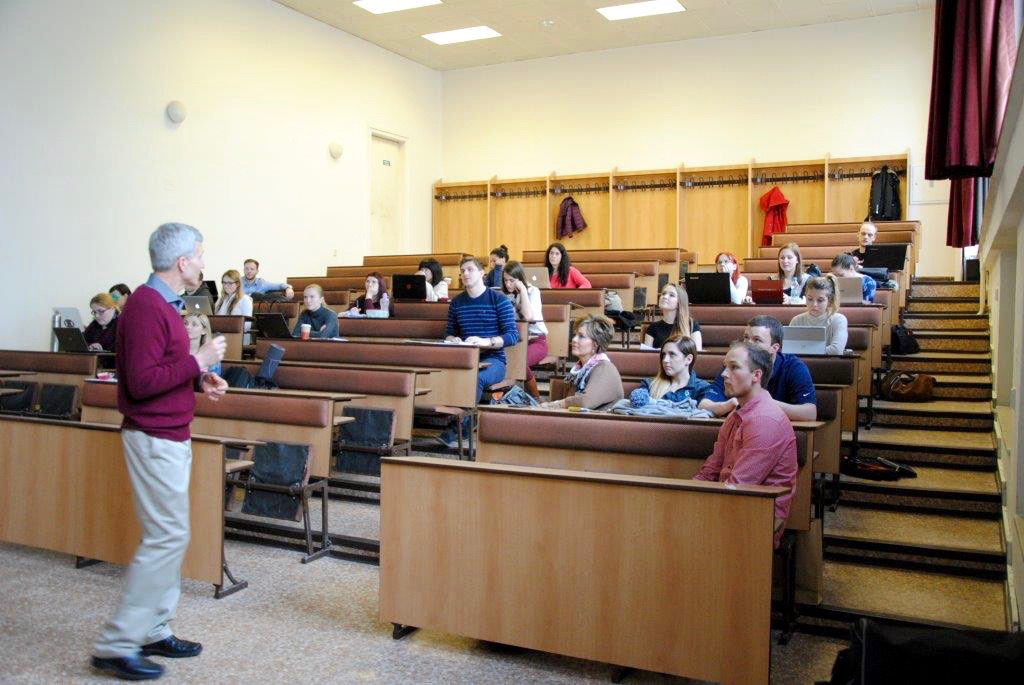 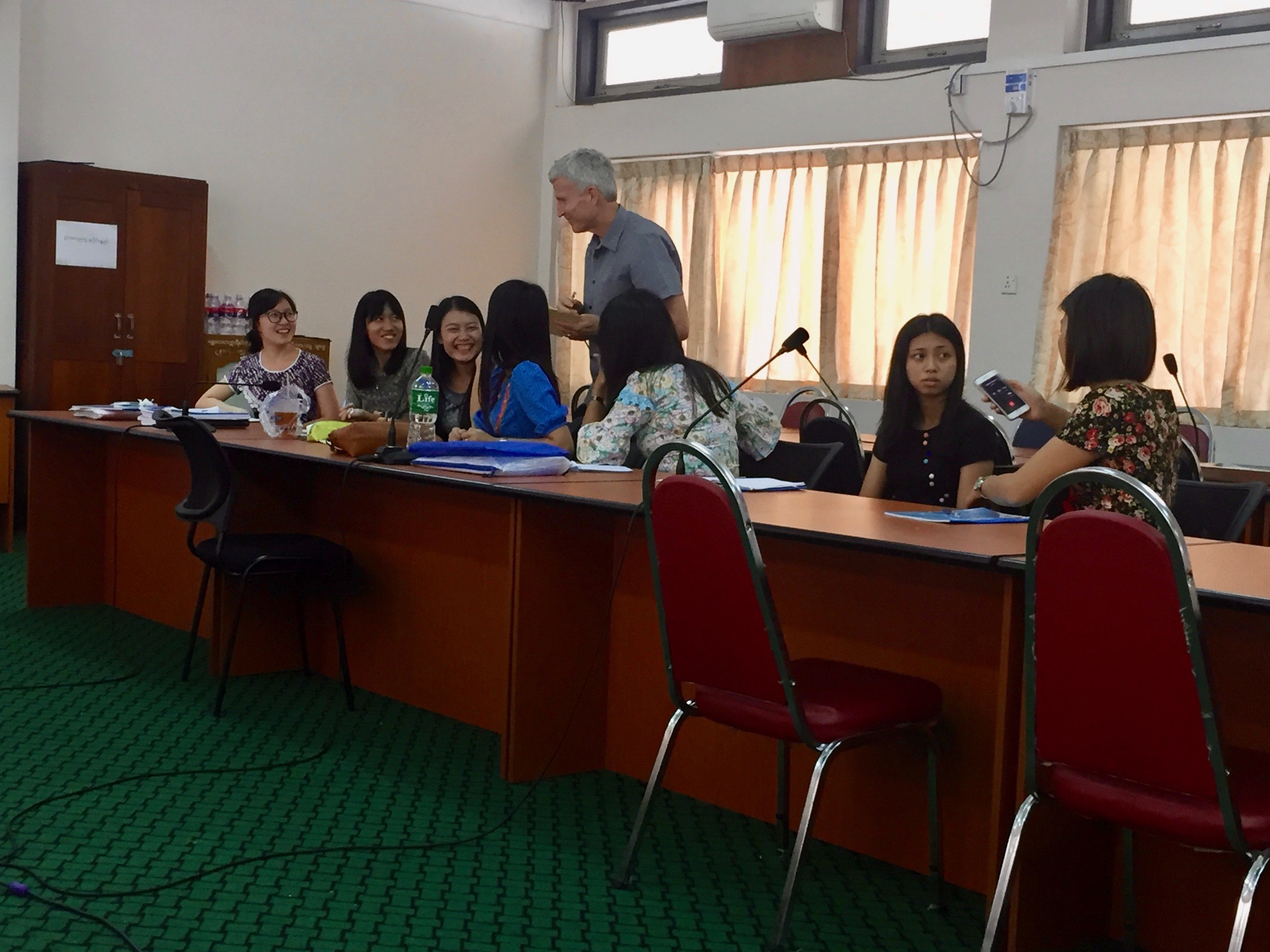 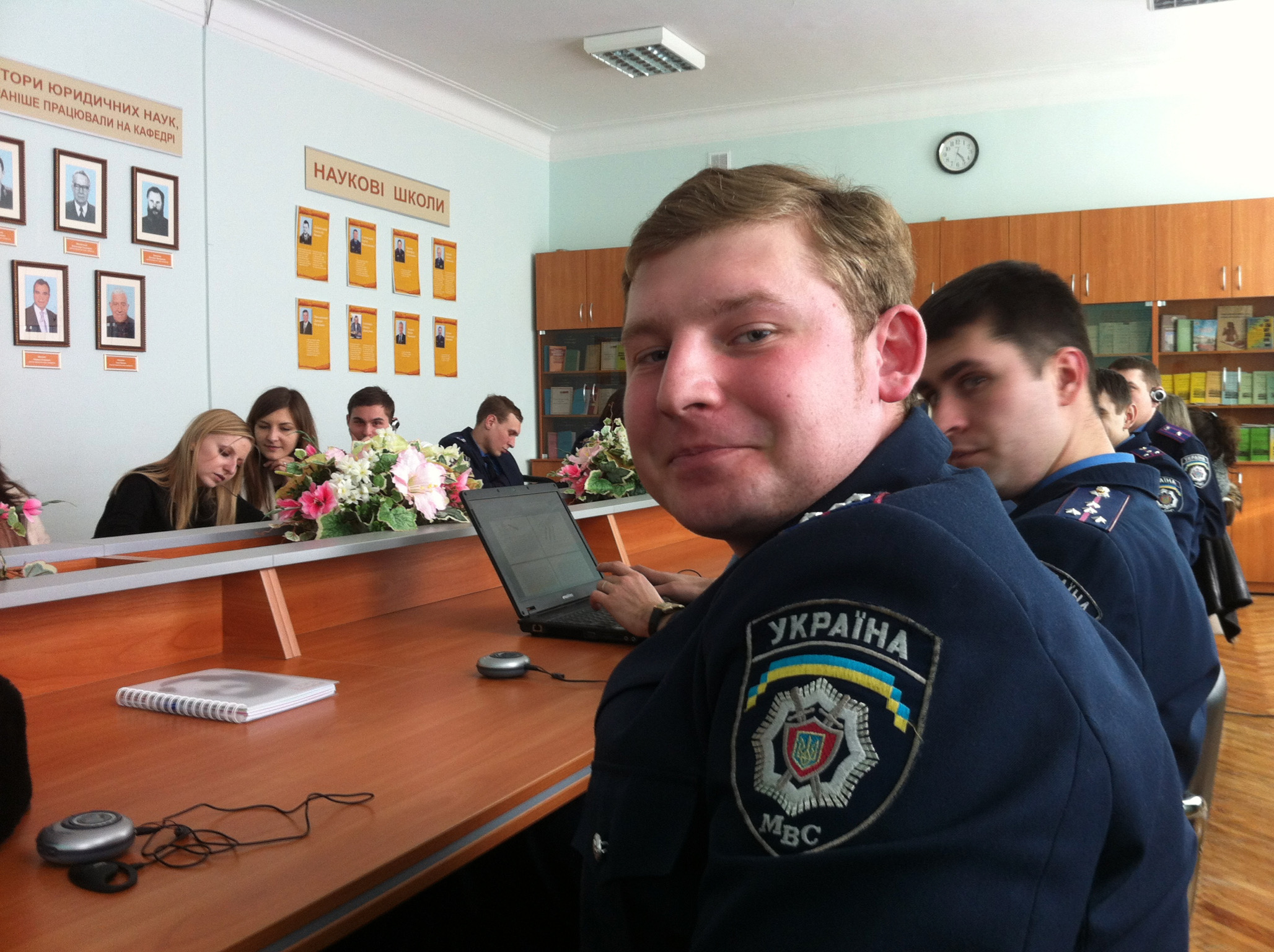 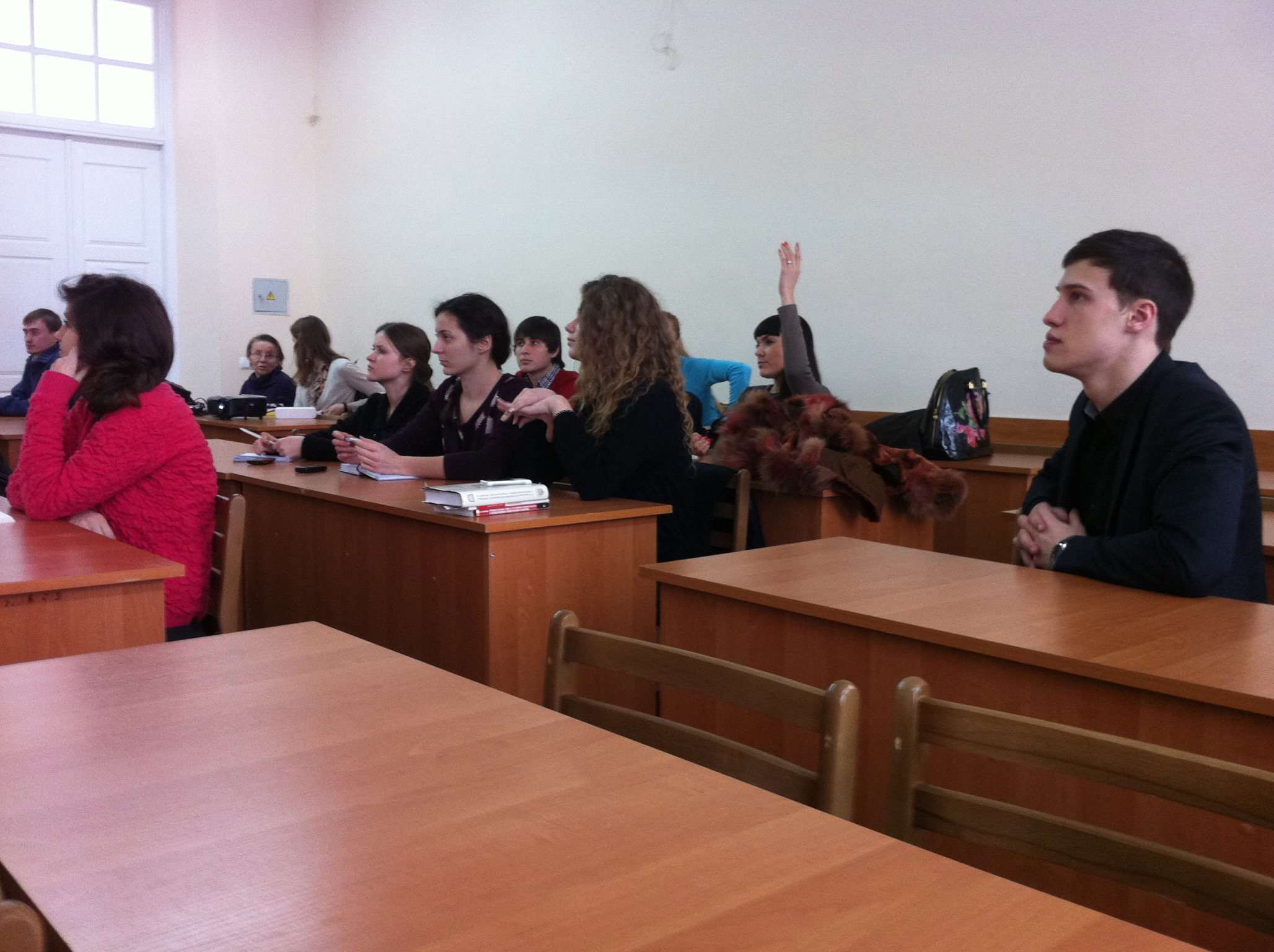 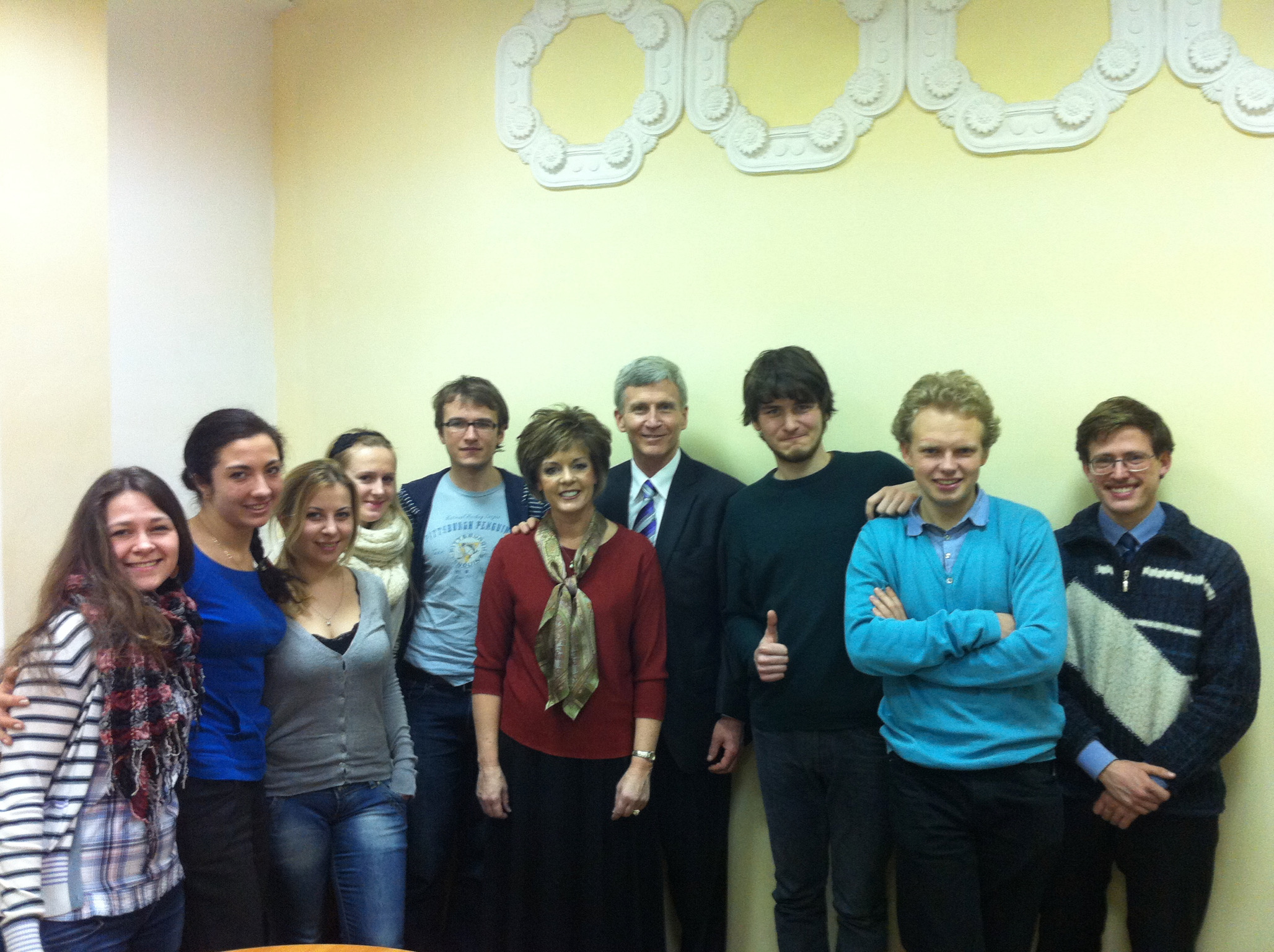 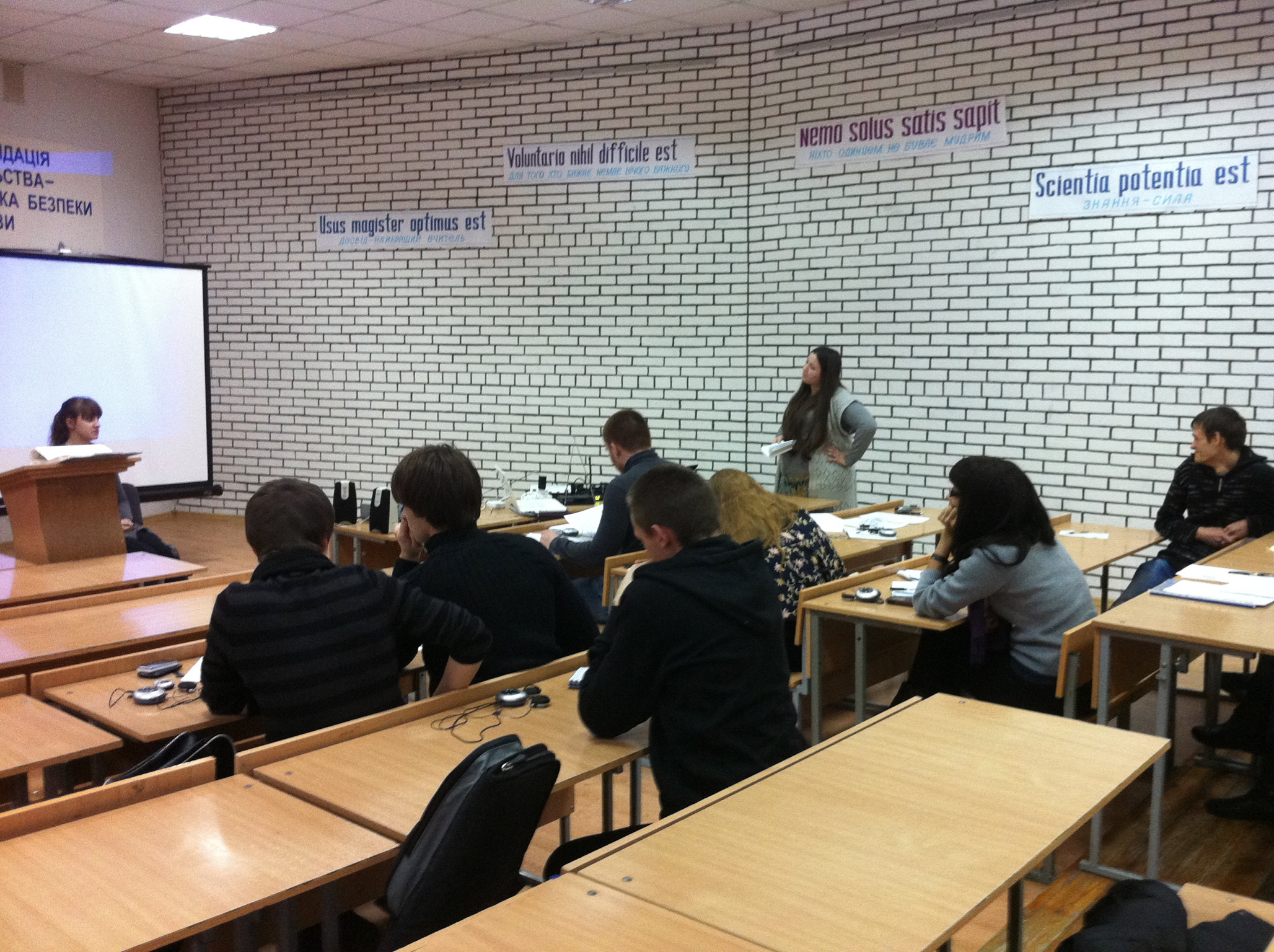 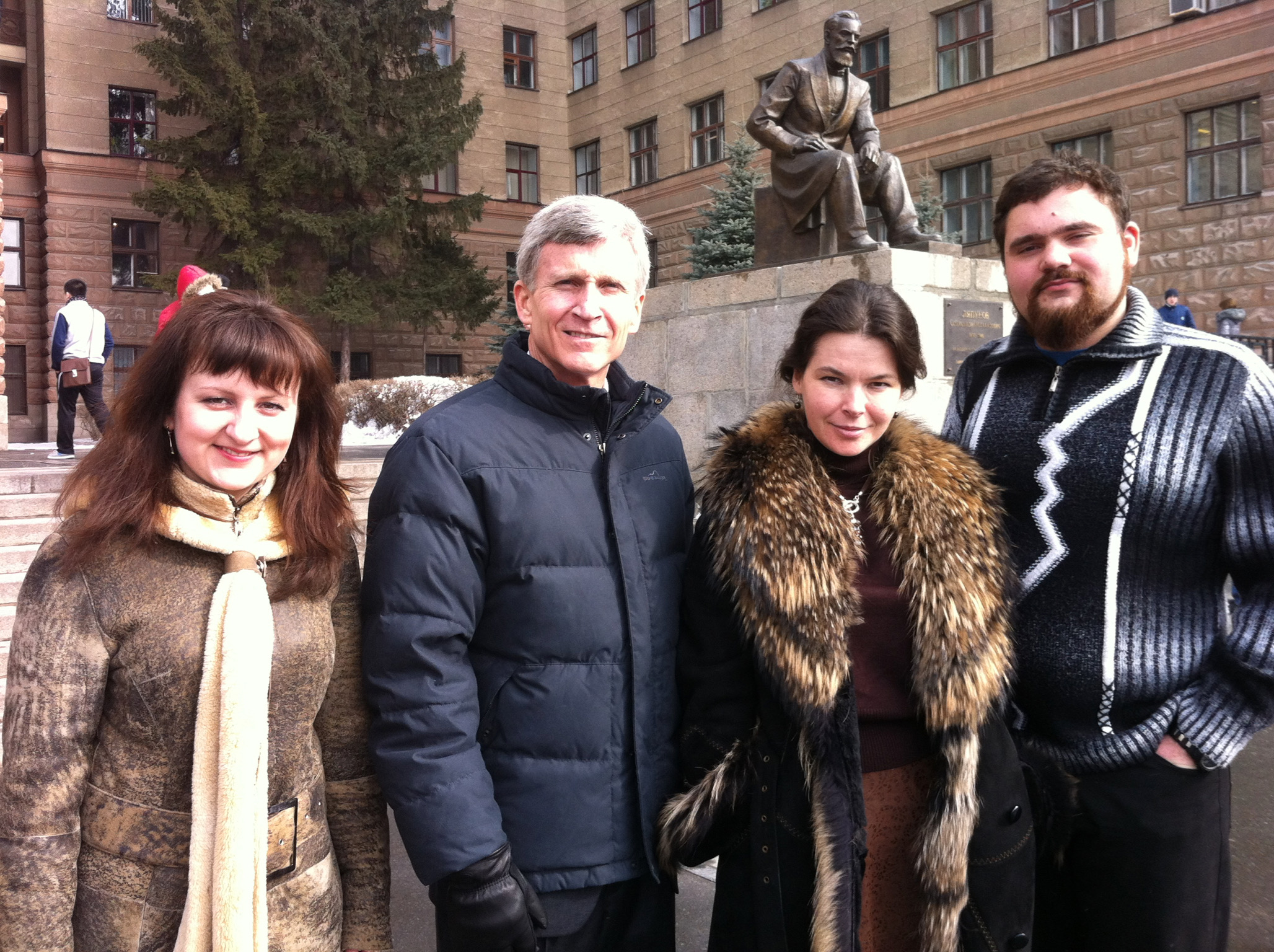 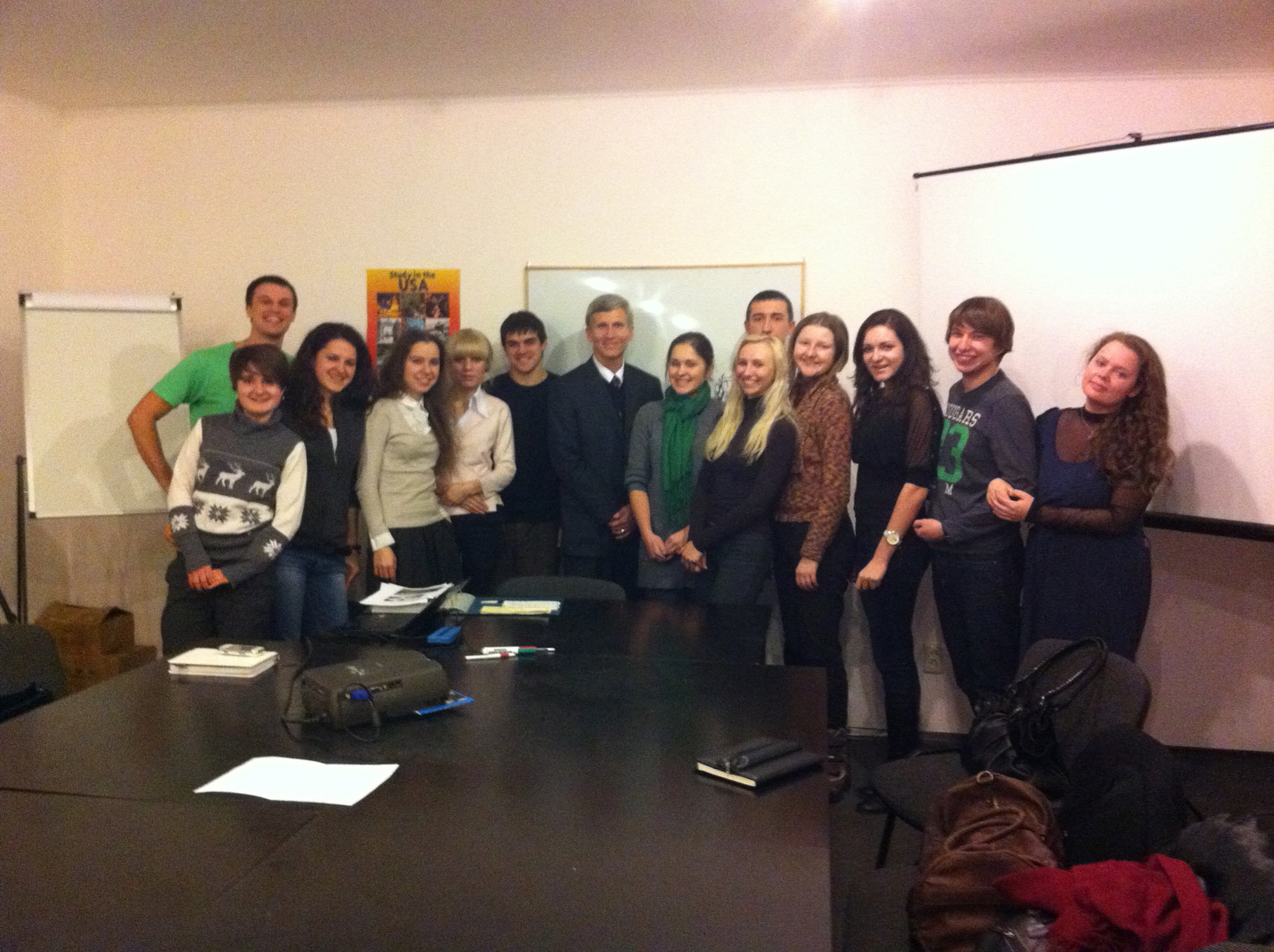 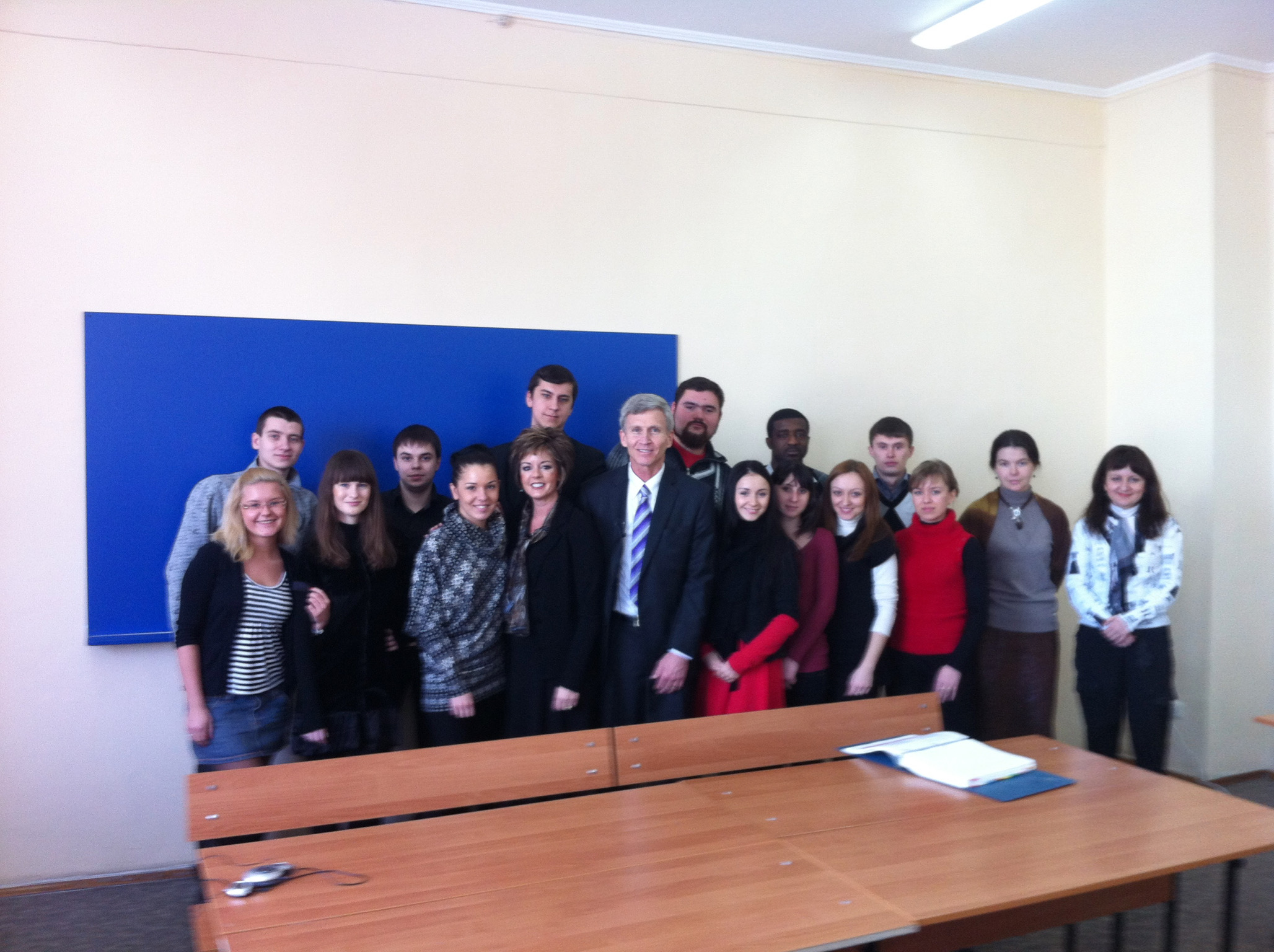 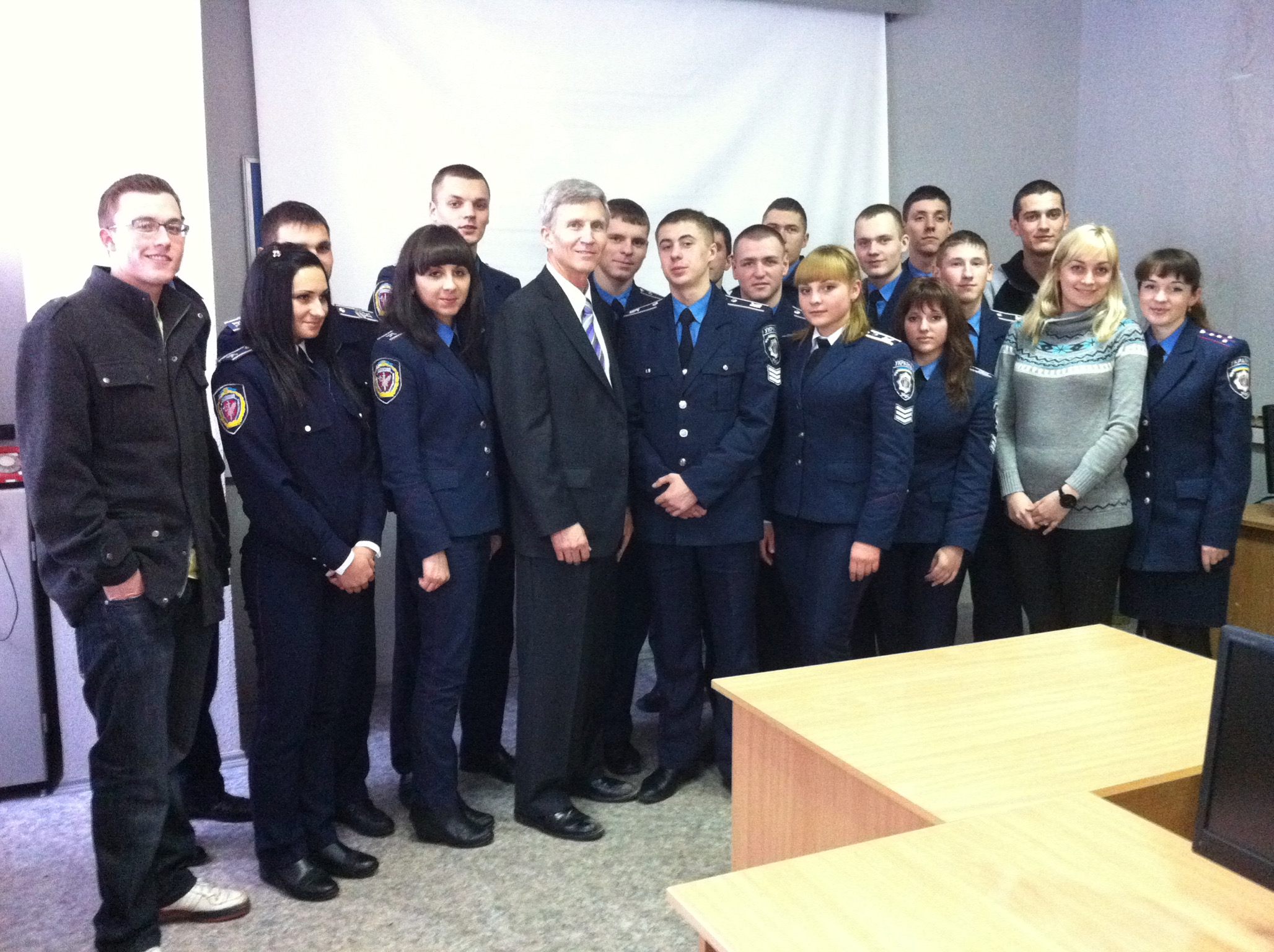 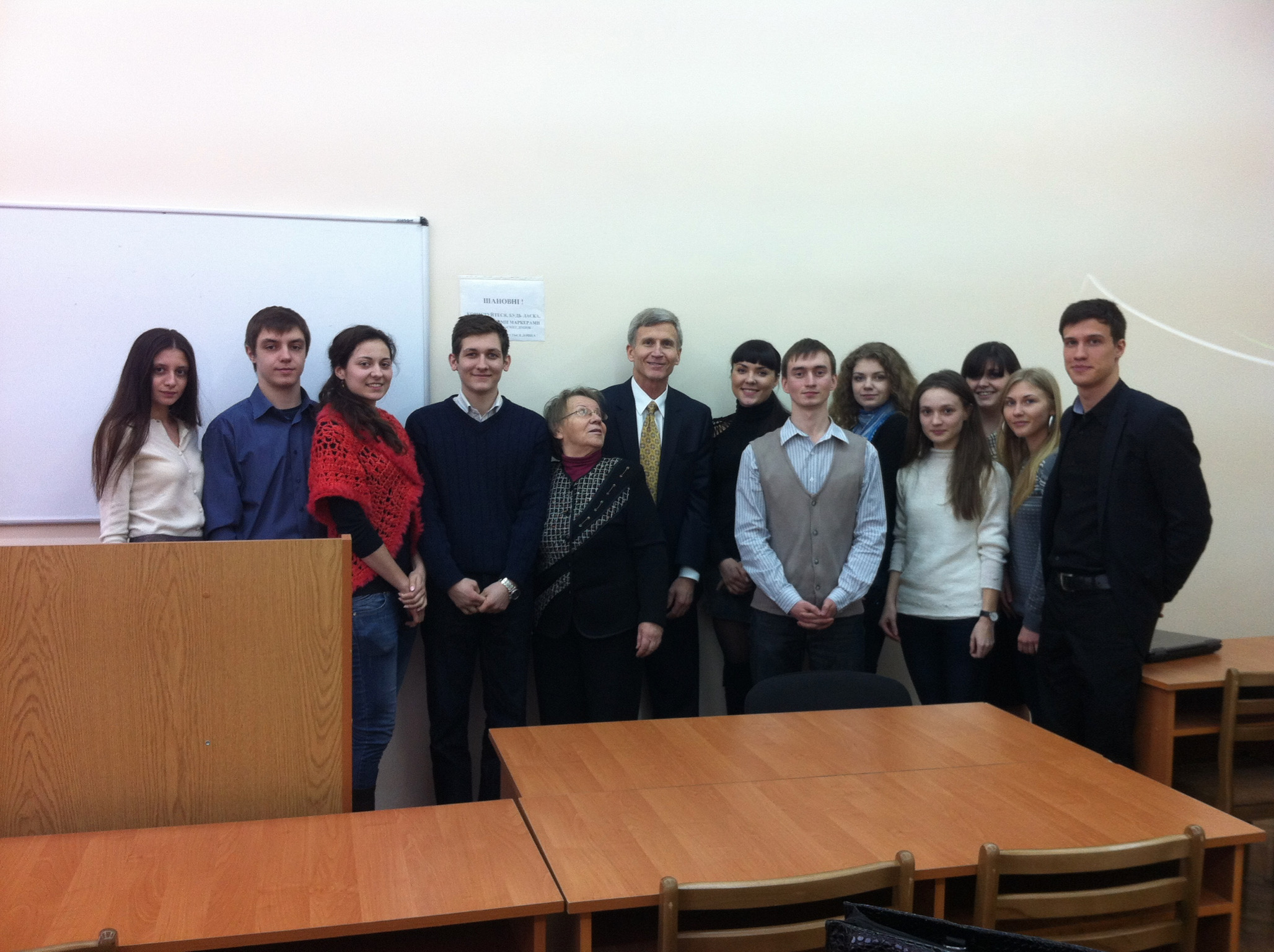 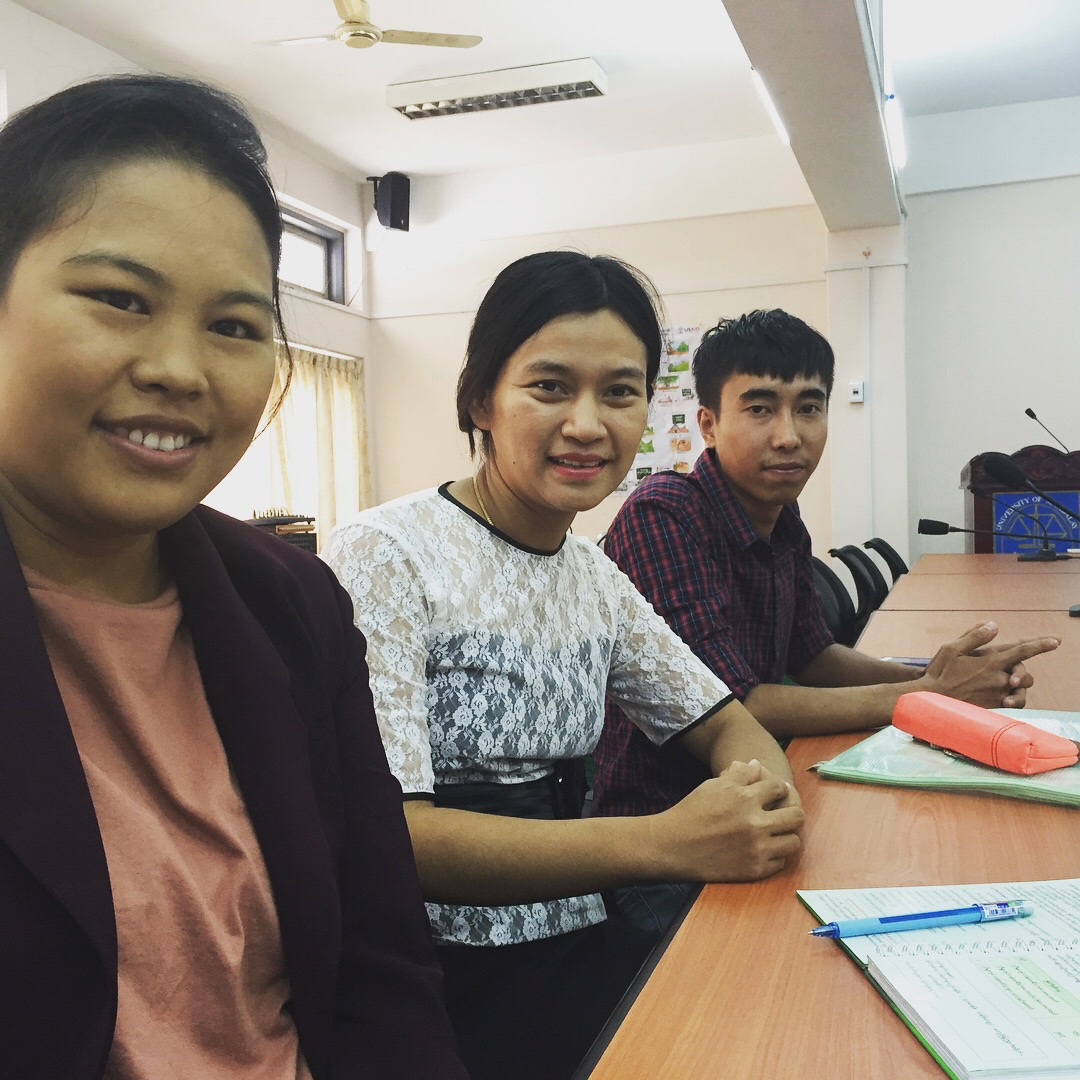 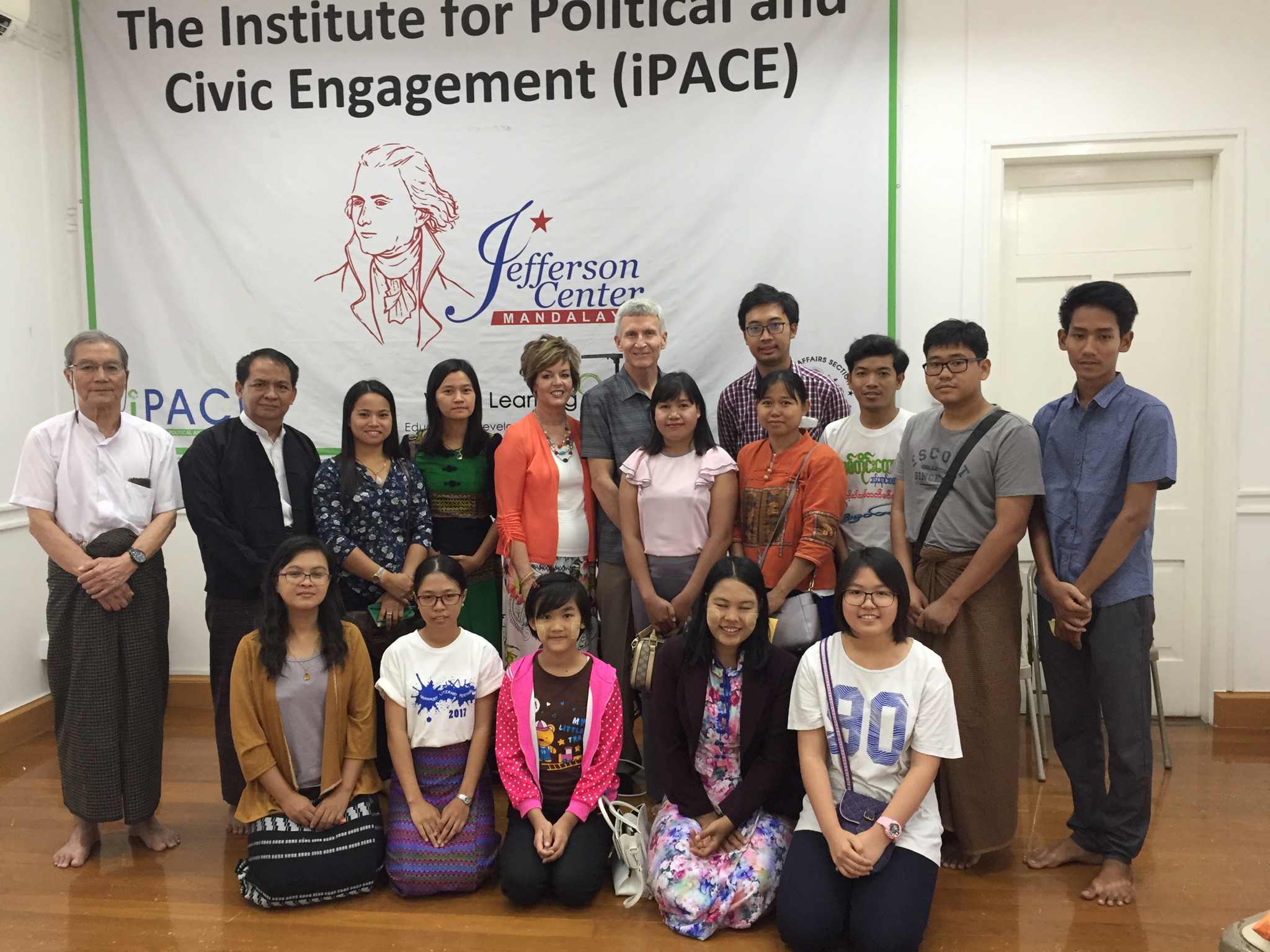 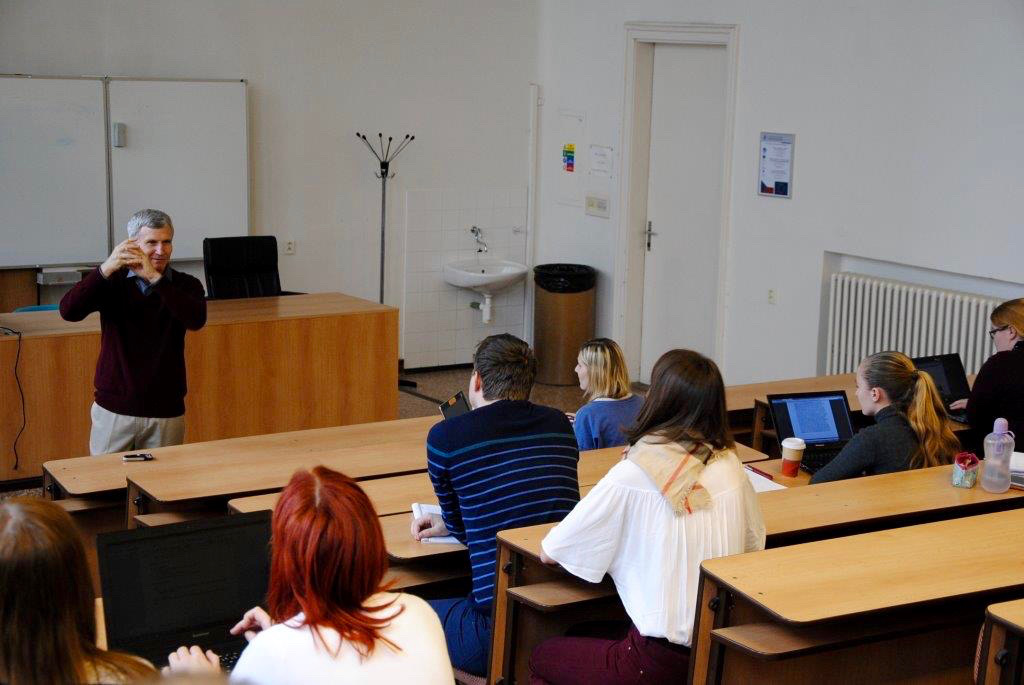 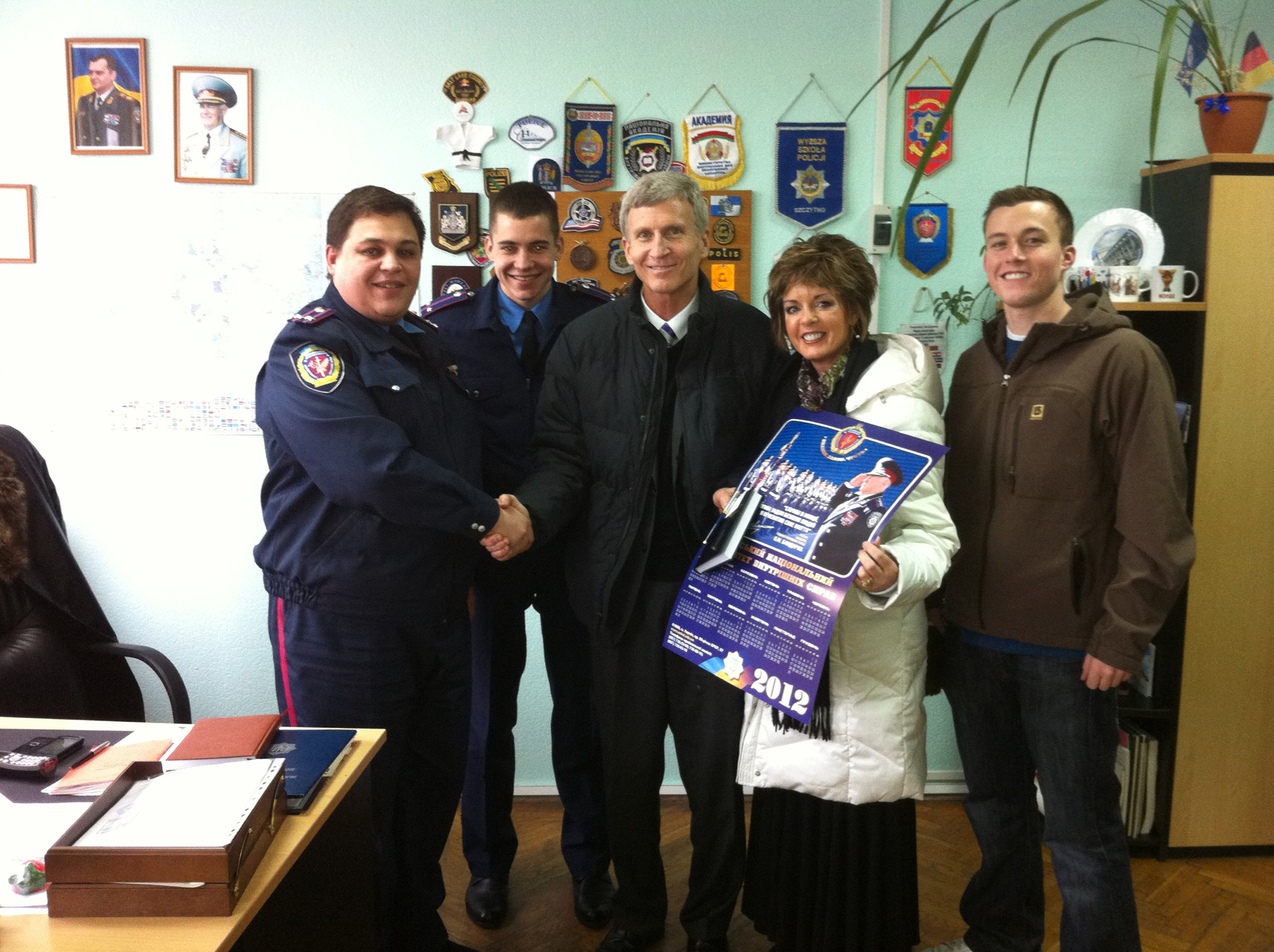 " I had the opportunity to work and intern with Gordon a number of times before and during law school and in the years immediately following graduation. Gordon was the perfect mentor. He was kind, attentive, and deliberate. As a first-year law student, Gordon gave me the opportunity to draft legal briefs, attend depositions, and advise regarding litigation strategy.

I realize now, looking back that I didn’t have any business doing any of those things. Even so, Gordon took the time to invest in my education and future. I was, because of his mentorship more prepared for my first year of law school. I credit Gordon for giving me much of the confidence that I needed in those early days of my legal education.

Gordon is the consummate colleague and friend. While the former has come to end, the latter will always continue. I will always be grateful for my time with Gordon, and for the attention he paid a young and brash lawyer.

" My financial planner from Merrill Lynch highly recommended Gordon Muir to create, implement and execute my personal estate plan to prevent and protect my assets from going to probate. Prior to consulting with Gordon, I was very impressed reading his biography online of his educational accomplishments, achievements and experiences related to estate planning and wills. Upon our arrival, the office staff was exceptionally welcoming, kind, and professional throughout the entire planning process. I have been refraining from completing my estate plan in anticipating the painful long process. Surprisingly the process was very simple, pleasant, and quick thanks to Gordon’s expertise and very efficient staff members. Completing my estate plan has lifted my burdens, gave me peace of mind, and protects my family from any legal issues after my passing. I would highly recommend Gordon Muir for any estate planning, wills or other legal transactions you might need.

" Mr. Muir was very thorough, answered all our questions and took time with us to make sure we understood everything. His receptionist Janet was very nice and helpful as well. I would highly recommend Hawkins Folsom & Muir.

" This firm specializes in Trusts. They are efficient, professional, meticulous, respectful, and helpful. Located off a quiet street with a private entrance and plenty of parking. Highly recommend.

" Mr. Muir, thank you for helping our family!

" … We highly recommend Gordon Muir for his legal services, and his prices were fair and reasonable.

" Thank you for taking so much of your precious time to help us understand a bit of the law. You can’t imagine how much we appreciate your kindness and sharing of your valuable expertise.

" … Mr. Muir, thank you for everything! You will never know how much we appreciate your time, kindness and expertise!

" Gordon Muir has been our Estate Attorney for the past 30 years. He has prepared our wills and created our Family Trust. He has taken care of our personal and financial situations as they have changed over the years. Mr. Muir has worked closely with us to make necessary changes. We appreciate his unique ability to listen and carry out our desires and with his extensive updated knowledge, training, and vast experience, he offers advice and suggestions that has given us such peace in these later years of life.

" Recently I needed to establish a family trust. Gordon Muir was highly recommended. Due to health restraints at the time, Gordon and his lovely wife Janet came to my home; I felt an immediate connection. The trust was completed that evening, and the process extremely professional and efficient. I feel fortunate to have Gordon handle my legal needs.